My newly repaired, spick and span Neurogen was ready for some fun on the winding, narrow course at East Coast Park

I am still about 8kg over "race weight" but otherwise I've been feeling strong lately. Despite my less than ideal fitness, I was armed with my previous experience of duathlon racing and good advice from Coach Ben:

Run and bike sensibly, building your effort as you go along. You need to do this so you don't completely smash your legs and have nothing left for the second run.

Keep an eye on your cadence on the bike and make sure it's not too low. If you do ride a low cadence, consider upping it (90+ RPM) in the last few km's to get ready for the run.

Drink throughout he first run to limit your losses but pay special attention early in the bike to get fuel on board. Aim to get as much in as you can in during the first half of the bike while you're not pushing as hard so you have enough gas in the tank to build the back end of the bike and smash the second run.

I set up my bike the night before, as usual, even though my start time was not until 10:30am. I prepared two bike bottles for the back and the aero bottle for the front - one Pure (with carbs) and two elete electrolytes (no carbs). I was excited to race test my new tri bike shoes with the quick-out heel opening!

On the morning of the race, we had breakfast as a family, then the older 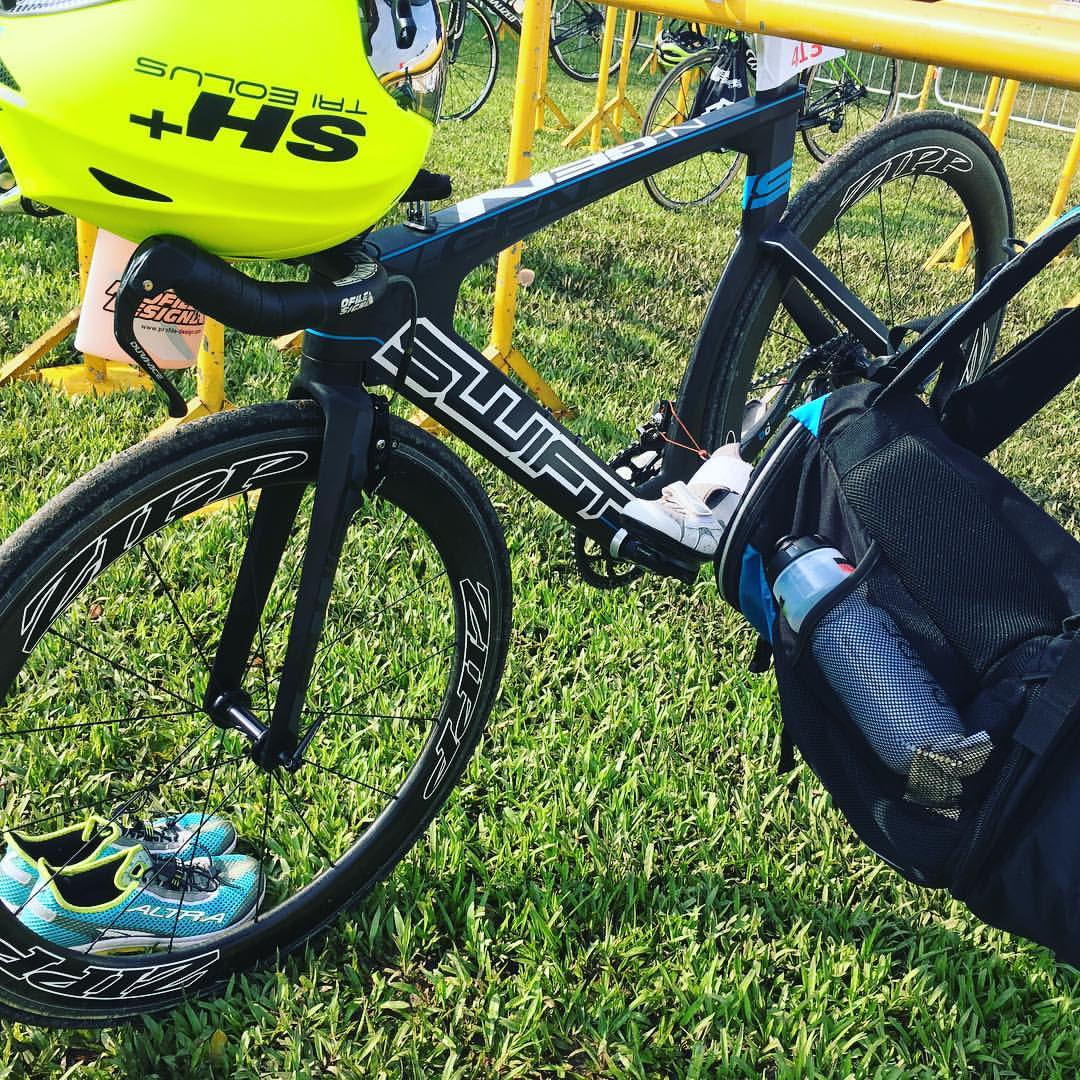 boys went off to football with Daddy. I fed the baby, then once he was down for a nap, I left the house and cycled to the start of the race.

It was HOT! I rode like a snail to the race, but I was sweating buckets by the time I was there. I got there just in time to see a few of my team mates finish the standard distance- they had started in the elite wave at 8am. Dave W took second place overall and we had lots of other podiums!

As I set up my bike and second pair of running shoes in transition, I thought I could feel a creepy crawly moving up onto my foot, but when I looked down I realised that it was just the mud oozing through my toes. The transition zone was an absolute quagmire.

The race in itself was pretty uneventful apart from my wonderful, beloved (but very old and extremely well used) tri shoes starting to “flap” about 100 metres from the finish line! I executed the race pretty well, there wasn’t much difference in pace between the first and second runs – just a massive difference in effort! I was 8th after the first run and ended up 5th over all woman, which was the best I think I could have done on the day with my current form and I have to say, I did enjoy it.

After collecting my gear and drinking (a lot!) I made my way to the nearby playground where my husband and all three boys were playing.

I sat for a while in a cafe, drank a cold brew and fed the baby. He fell asleep in my arms and I just sat there, enjoying the moment and wondering why I was so lucky...

Later on that afternoon, Arrivo Primo Singapura were awarded the Club of the Year trophy! 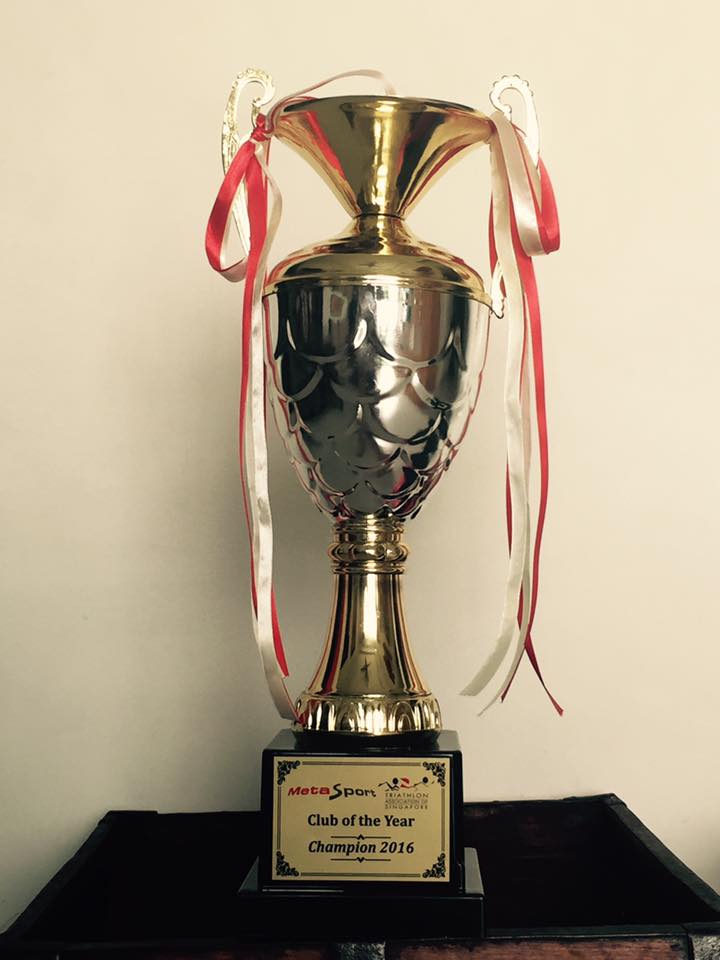