The ISCA Run is organised by the Institute of Singapore Chartered Accountants. The goals of the race include building camaraderie among members, family bonding, healthy living and giving back to the wider community. This year the race was run supporting two local charities: Movement for the Intellectually Disabled of Singapore (MINDS) and SPD (formerly known as Society for the Physically Disabled).

My youngest son was not old enough to "officially" sign up for this race, but he wanted to run in the kids dash like his big brother, so I printed him his own "race number" then he also had something to pin onto his shirt.

I was signed up for the 5km race which started 45 minutes before the kids dash so after dressing the boys and having breakfast I left the house before them. I just about had time to drop my bag at the counter and have a drink then we were called to the start pen... No warm up, no pre-race pee. Not a particularly good start!
When the starting horn sounded I was near to the front. 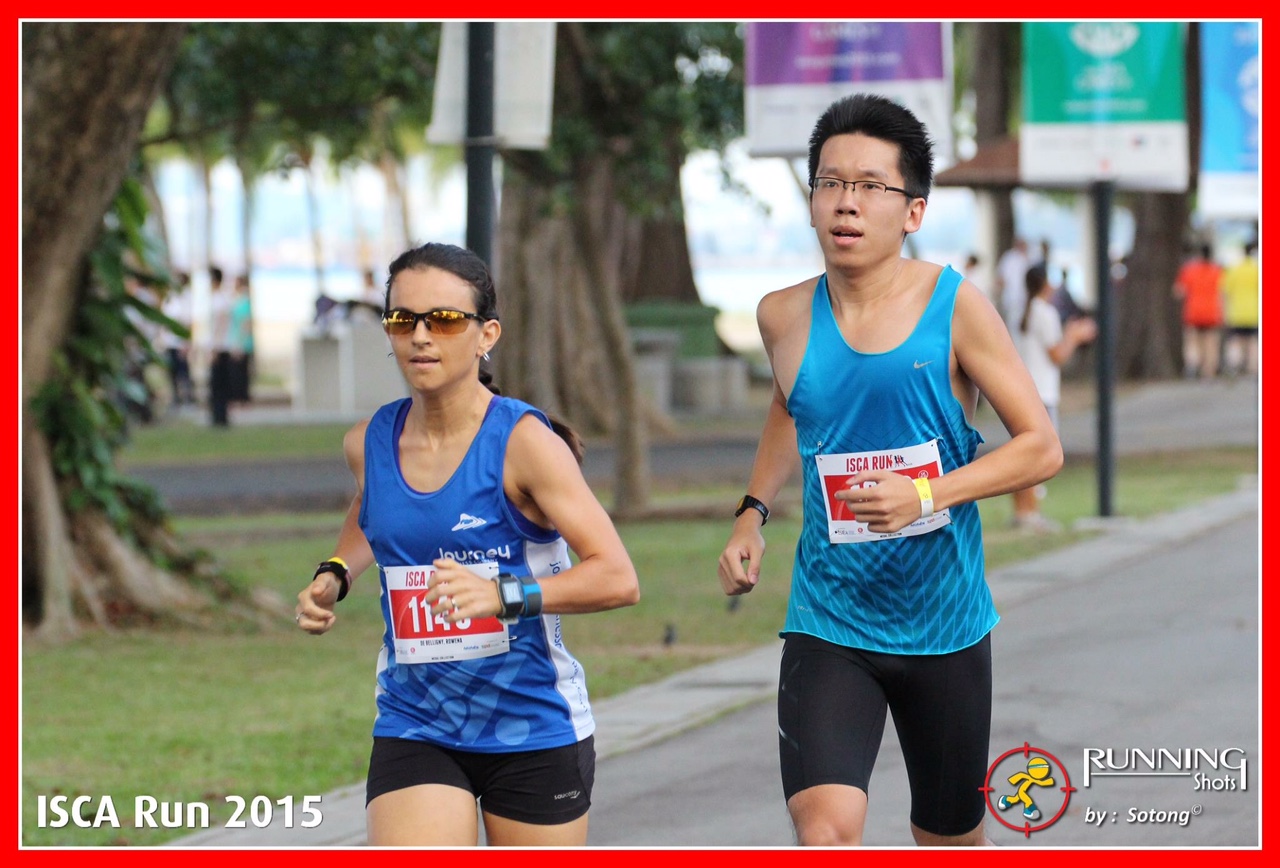 There were two women in front of me. The pace felt very steady to start with and I settled into a rhythm at a comfortable pace quite quickly and moved past the two ladies in front of me fairly easily.

I had decided I would go steady until the half way point and then build for the second half, hopefully until I was just about "cooked" right on the finish line. There were lots of people enjoying a morning out at the beach. I saw Trine (my APS team mate) out on her bike and heard Jason and Candice from #TeamJourneyFitness both shout my name as I ran past - thanks for the cheer! At the halfway turnaround point I sneaked a look behind me - the second woman was about 150 metres behind and the third another 150 metres further again. As planned, I started to put in a bit more effort and increase the pace very gradually. I passed Jason again - high fived - and a few minutes later Candice, along with lots of other runners, walkers, skaters and cyclists! 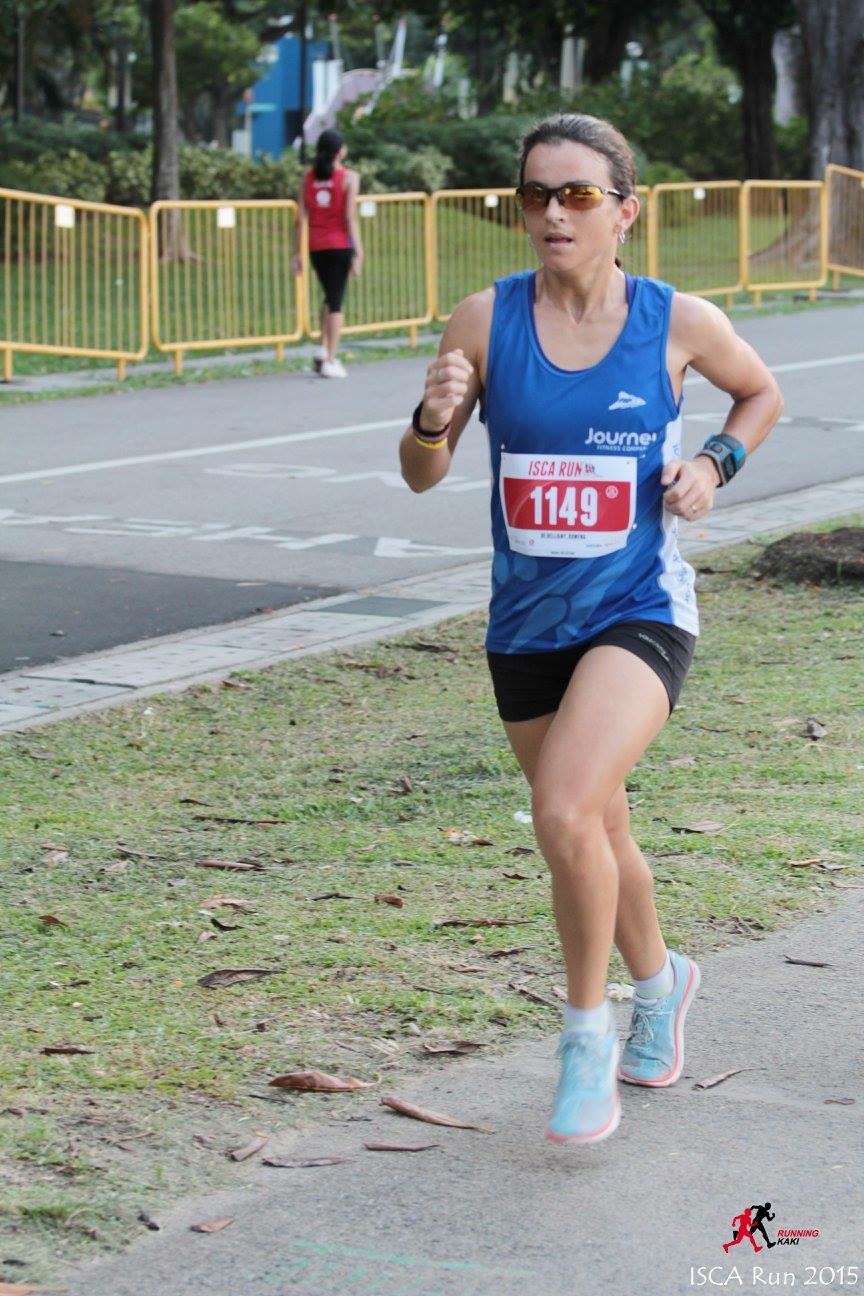 At the end of the race, I found my bag and then saw my family arrive. We waited a short while, listened to the KPMG band, had a drink and then made our way to the start of the kids race. The race was meant for ages 5-12. My eldest son is 4 but somehow the system had accepted his registration - perhaps because he will be 5 years old within the year? He did a great job and finished 8th out of about 40 starters. Here's a short video of him running at about half way through the race. I ran with my youngest son with him holding my hand all the way. He surprised me by not walking and not once asking to stop or be carried. During the last 50-100 metres, he kept repeating, "Mummy, we've nearly done it! Mummy we're nearly there! Mummy, we're going to do it! Mummy, we've done it!" He was very chuffed with himself! I was very pleased that they'd both enjoyed it and both felt a sense of accomplishment.

We jogged back from the Kid's dash finish to Big Splash where the event was based and found Nicholas, another friend from #TeamJourneyFitness who was just over half way through his 2 hour run. We ran together and chatted for a few hundred metres.

When we arrived back at the refreshment booth the KPMG band was playing again. The boys were very happy to get their finisher medals (one of them took mine :-)) and then they hopped on Daddy's bike to go to ballet class. I waited for another 10 minutes or so, changed from my running shoes into my recovery slippers, then the prize presentation started. 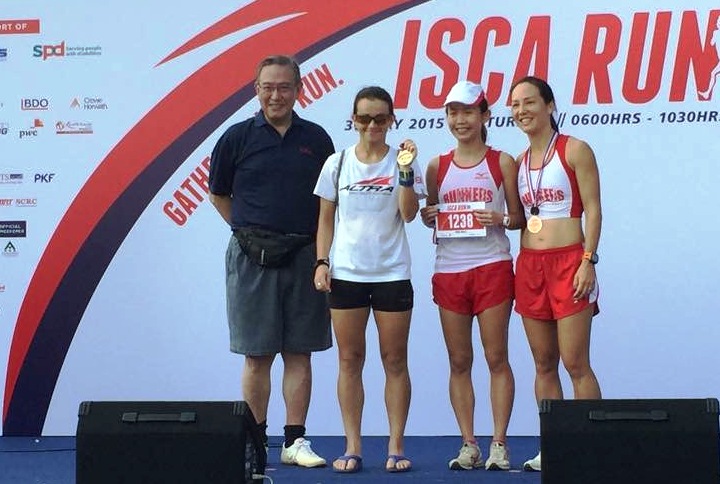 The men's race had been very fast indeed with the winner coming in at 16:xx - which in Singapore is a great time. I was pleased with my gold medal but none of the big hitting women had been running, so it hadn't  taken an exceptional performance to win the slower than usual race.

Once the presentation was over, I too hopped on my bike and went to join the boys and husband at ballet.

The ISCA race was well organised with a very nice, small community, family

orientated, welcoming atmosphere. The kids had a great time and I enjoyed it too. If it's in the same place next year - very close to our home - we'll definitely participate again!