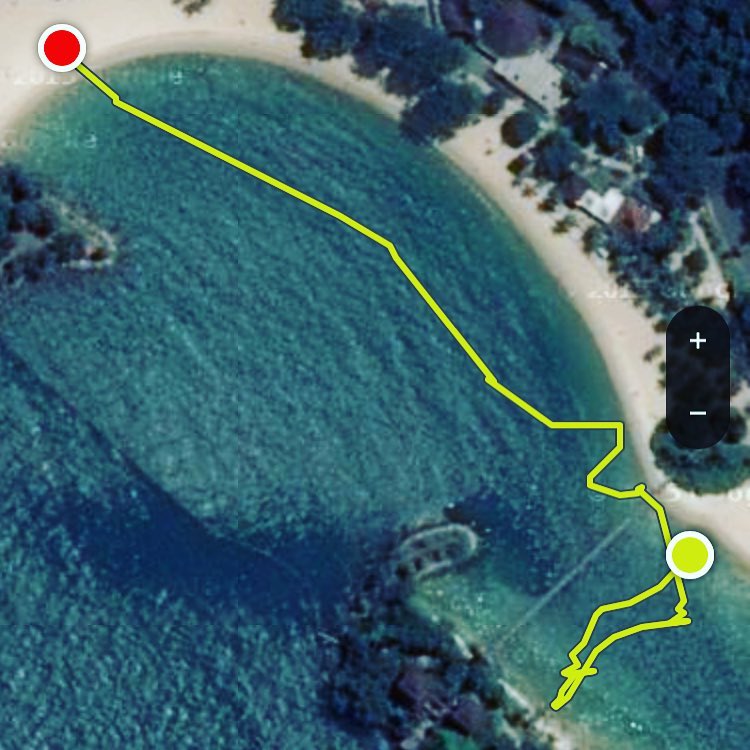 A few weeks ago we went to the beach to practise swimming in the sea. My eldest son and I swam about 500 metres - he enjoyed it but as we felt a cold patch he asked me if the drop in temperature meant that there were crocodiles in the water. I reassured him that it did not!

We practised rolling over on our backs and floating to have a rest "just in case we got tired" and I patted him, swam so close to him that we touched, pulled his suit, splashed and tapped his head to simulate swimming in a crowd. None of my interference seemed to bother him at all. 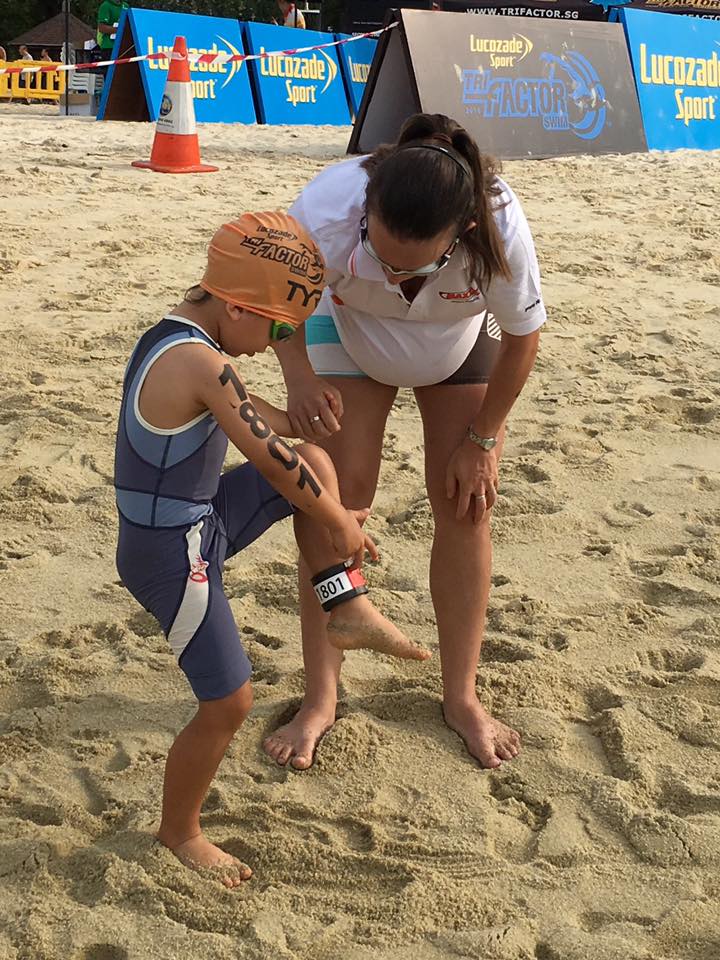 Last weekend, on Mother's day, we went to the same beach for the Trifactor open water 200 metre swimming race. He was signed up for the non-competitive 200m 6-12 years old category. 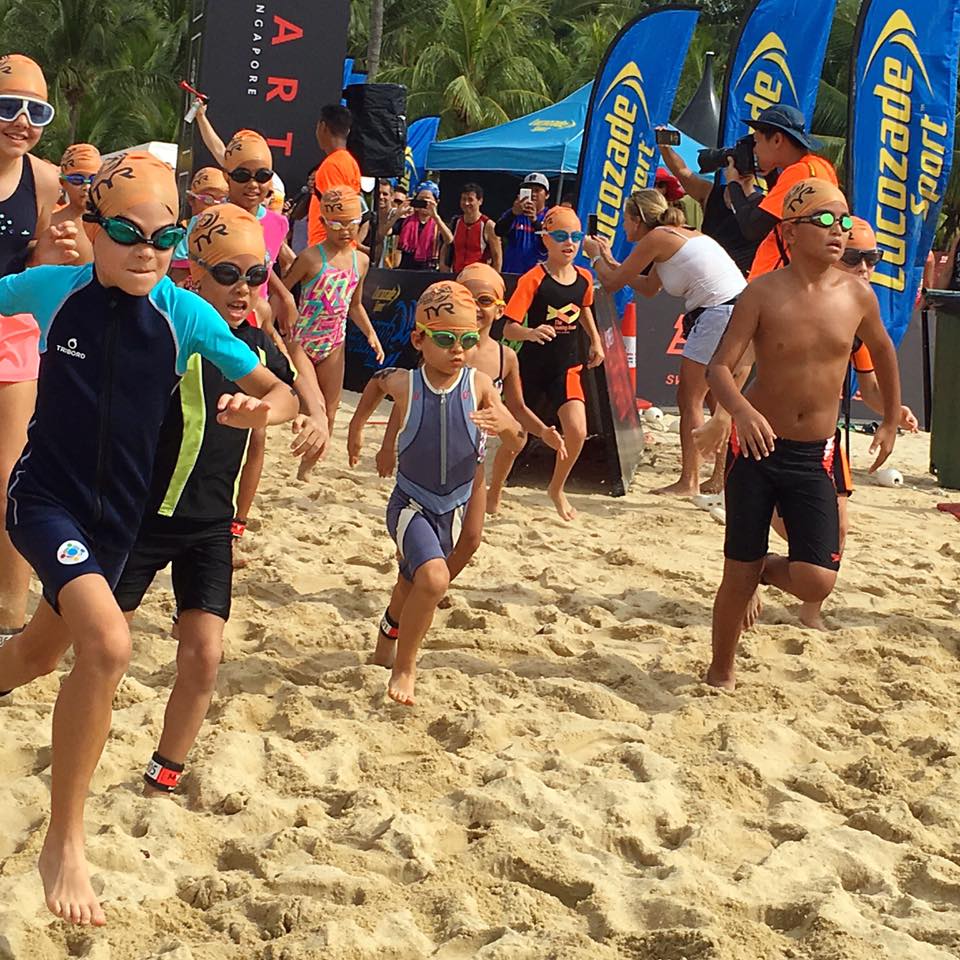 It was based on the age at the end of the year but on race day he was still only 5 years old and as he was waiting in the starting pen it was obvious by the difference in size that he was much younger than the rest of the group.

I had told him that if he was worried or scared then he should stay near to the back at the start. He didn't. When the starting horn sounded he was at the front, sprinting into the water! 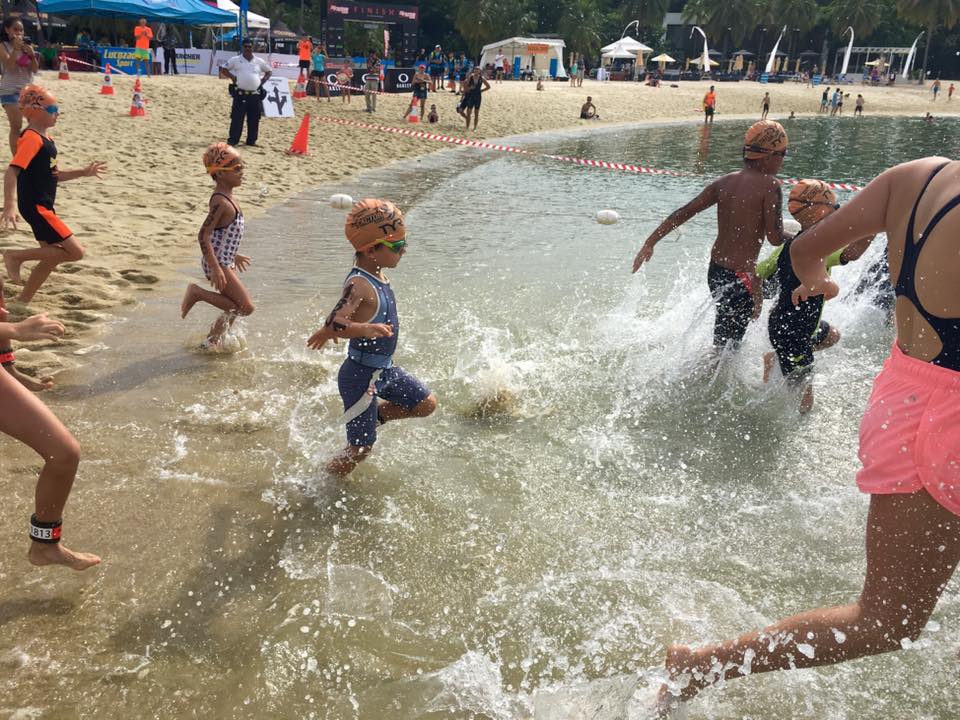 The larger group quickly split into two with the stronger, faster swimmers in front, the (pretty much) non-swimmers behind being helped/ pulled along by the life guards and my son - completely on his own - swimming in the middle of the two groups. 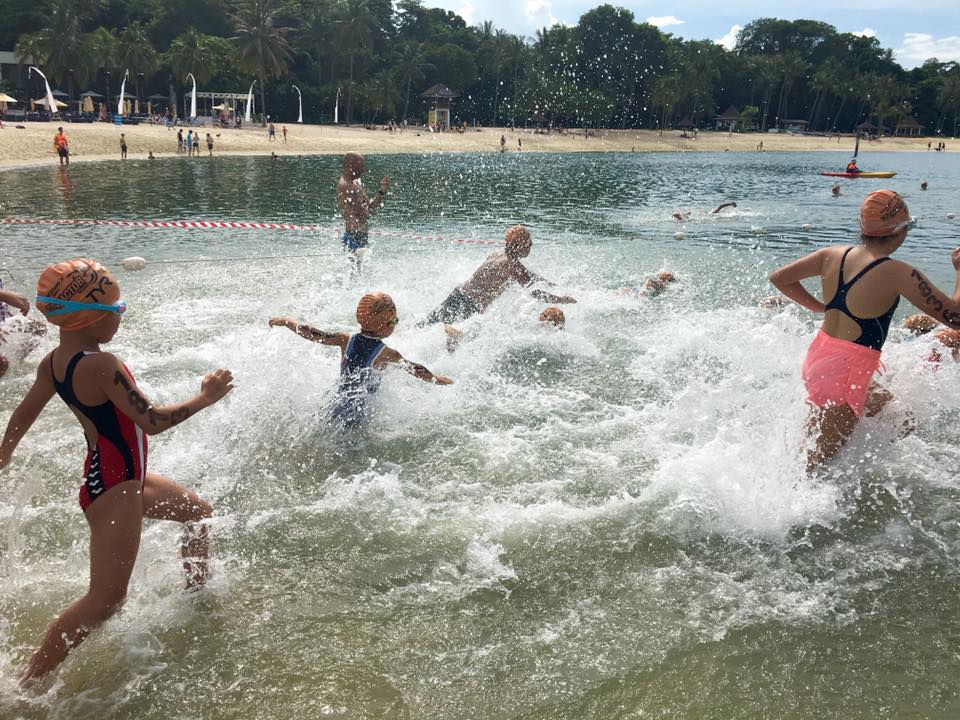 The lifeguards - in the water and on the kayaks - did an absolutely brilliant job of looking after the weaker swimmers. They were outnumbered, but they were amazingly effective and didn't leave a single person floundering or panicking. Kudos to them - very, very impressive.

After the turn around point one of the kayaks followed him all the way back to the beach - his own personal safety escort! 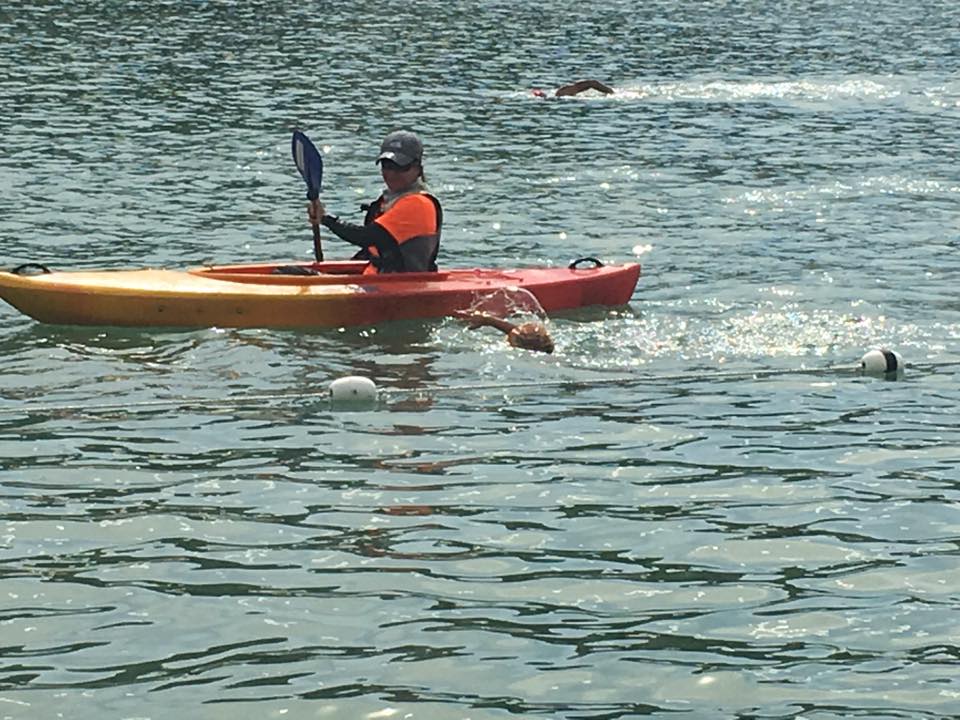 He ran up the beach to the finish line with the crowd cheering, gave one of the organisers a high-five and then his brother ran to give him a cold drink through the gap in the fence of the finisher chute. Both he and his brother were very proud of the accomplishment, but they both agreed that it wasn't easy and it was tough to swim such a long way in the sea!

He ended up 10th in his category, 16th place by gender and 27th out of 34 over all.(there were some adults and vets swimming in the same race).

When we were getting changed to go home, he told me that it was just a practice for his "Triathallon" in a few months' time!