Homepage > About a Boy - His First Track Meet

About a Boy - His First Track Meet

A few weeks ago I saw an advert for the ActiveSG Athletics Fiesta. The boys have been really enjoying athletics lately and my eldest has wanted to run with me more and more, so I signed him up. Unfortunately the youngest was too young for this event. I deliberately didn't make a big deal about signing him up in front of his brother.

The evening before, we decided what he wanted to wear, which shoes and clothes were comfortable, and I packed a bag with lots of water, some food, a change of clothes and shoes, a hat and sunscreen. In the morning, before it was light I woke him. He got up straightaway, ate breakfast, got himself dressed and off we cycled to the track leaving Daddy and brother asleep at home.

We arrived at the track and registered without a hitch, found a seat which we thought would be in the shade once the sun got higher in the sky and had a drink, a cuddle and a chat. Some of the older children next to us had track spikes to wear. He was curious and asked to look and touch. He was suprised how sharp they were.

He was in the 5-6 age category and the competition was to be across five events: 60 metres, 200 metres, 60 metres hurdles, standing jump and ball throw. We had a wander around to see where the throw and jump would be. He wasn't impressed with the long jump pit. "I hope I don't have to jump into that, Mummy. I don't want to get sand in my shoes." 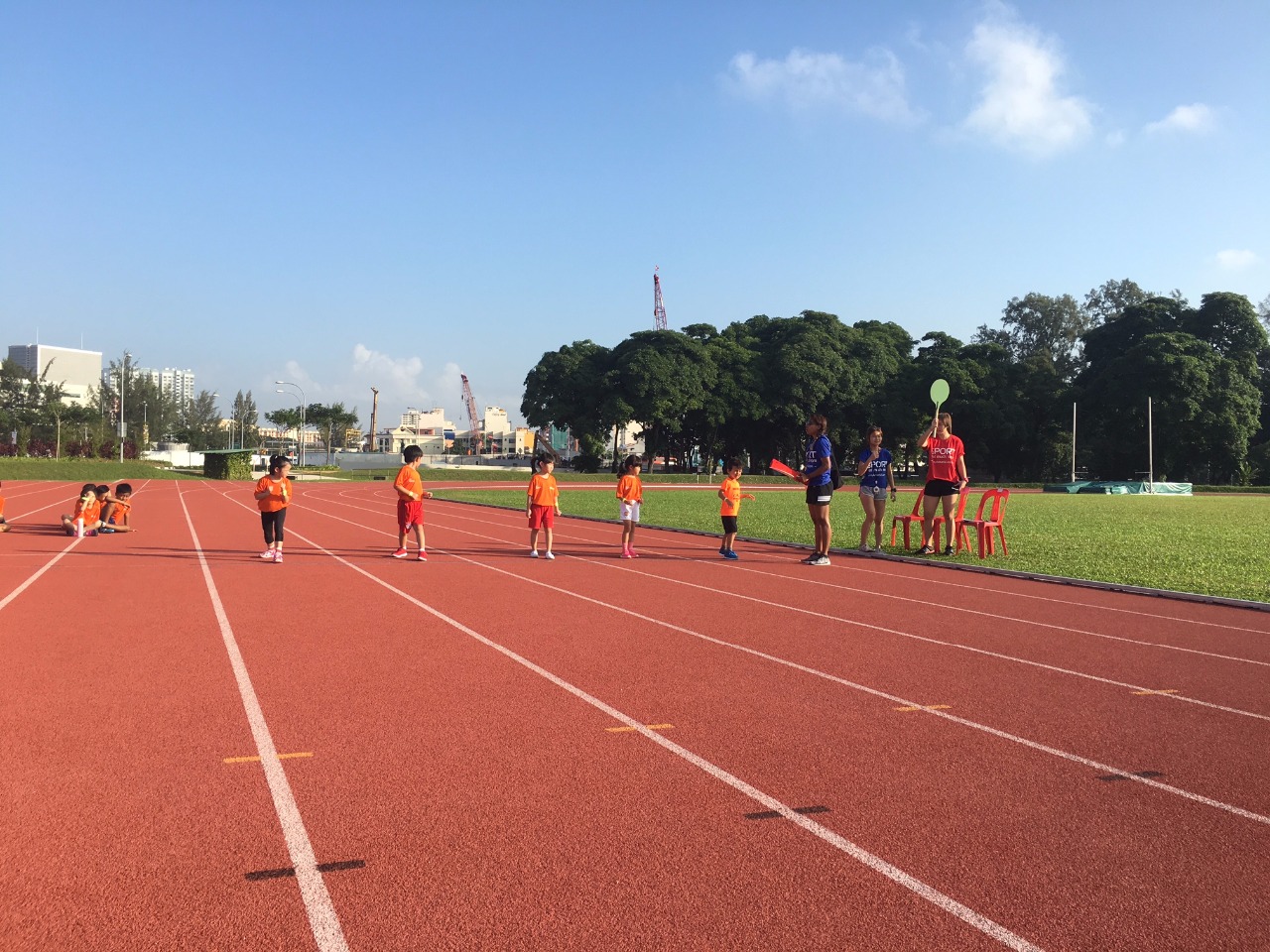 The first event was the 60m. It started well but he slowed so much a few metres before the end that the girl in second place almost passed him! He was chuffed with himself for winning his heat. There were four heats with 5-6 children in each and some of the children in the other heats looked strong too.

Next up was the standing jump. He'd got over the issue of getting sand in his shoes, swung his arms and did a couple of great jumps. 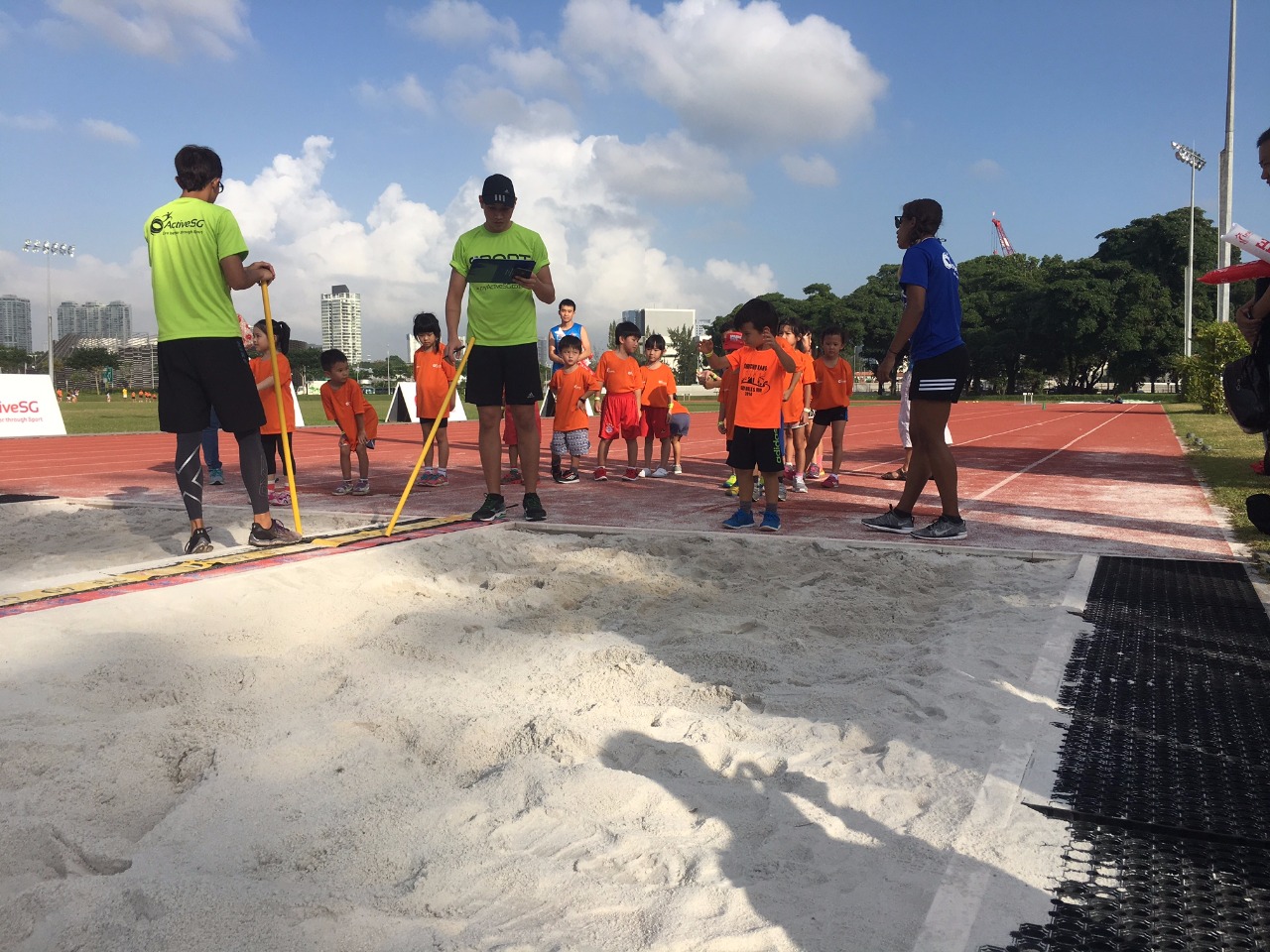 He had a big drink and then we walked over to the start of the 200m. He wouldn't commit to it, but I think the longer runs are his favourite events. The age-group coordinator told us that parents would be allowed to run with the kids (behind them in the same lane), the she turned to me and said, "Joking, I know you can't". Hilarious! Ridiculous presumption.

My favourite analogy when people presume that because I am pregnant I can no longer run is a zebra. Imagine if as soon as they were pregnant, all mammals stopped running... The pretadors don't give a pregnant zebra a special pass. The pregnant zebra doesn't get a special hat to wear that the lions recognise and so don't eat them. A zebra that stops running, pregnant or not, is a dead one. 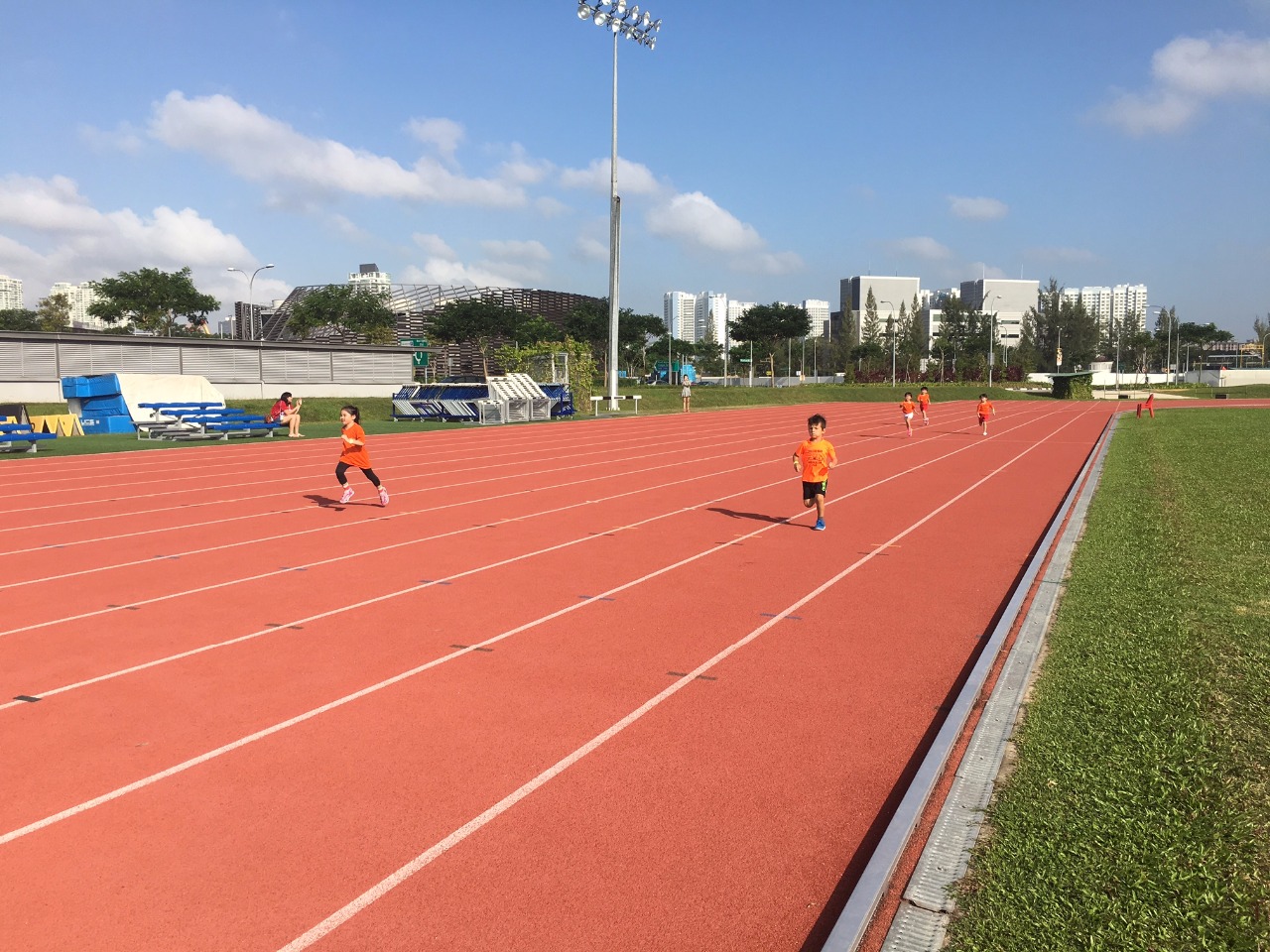 So... back to the athletics. I left him at the start with the rest of the group and waited next to the track close to the finish line. He did great, starting at the back in lane 1, he had overtaken all but one (the same girl as in the 60m) by the time they came off of the bend and then moved into first place with about 50m to go and then won by a few metres.

Then, Daddy and brother arrived. I was very conscious that this morning was all about my eldest son and that the youngest was not really involved at all, so I made a big fuss of him when he arrived. We had a cuddle, a chat about what he'd been up to at home before coming to the track and then we showed him around the track. We all went together over to the tent next to the ball-throwing station. We waited in the shade while the kids took their turns. I found a chair, hugged my three year old and tickled his back upon his request!

Time for the last event: 60m hurdles. I expected him to be good at hurdles, he's a good runner and his jumping is fine... not so. He struggled a bit with this one, but still seemed to be enjoying himself. After this last race we waited in the shade for over an hour while the organisers were working out the results. We played a bit but we all really wanted to go home. It was just past noon, really hot and we'd been there since early morning. I wanted to stay for the medal presentation just in case he had won something. My husband was trying to manage expectations "We don't know yet if you won a prize." "You might not have won a medal, darling" but he was so excited at seeing the medals, wanting to stay close to the podium area and so hopeful that we had to wait for the announcement.

When they eventually started the presentations they began with the oldest category first, so ages5-6 was the last presentation of the day! 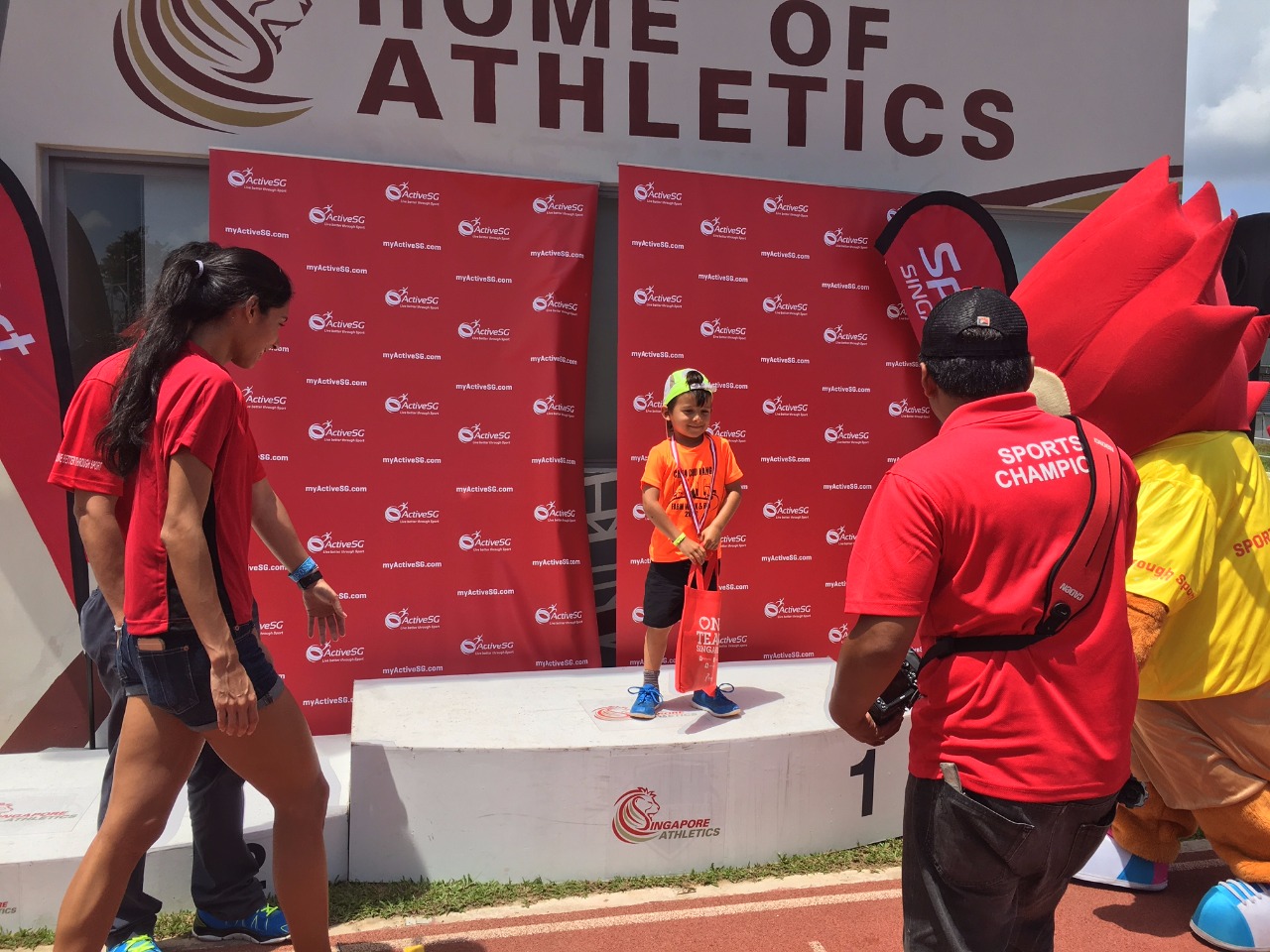 Once they had announced the winner of the 7-8 category he ran over to the presenters and waited hopefully. I was a bit nervous for him. I didn't want to see him diappointed, but I really was not sure that he had won anything. The bronze medal went to the girl in his 60m and 200m heat, the silver to a boy who had already left and then they announced the champion - and it was him!!! He rushed up to collect his medal and prize bag. I was beaming, just couldn't help it. I was so, so happy for him, so proud! It was wonderful.

That afternoon we had a long conversation about unconditional love and the fact that I was proud to be their Mummy, that I was proud of them whatever they were doing and I would love them forever, whatever they did. It was fantastic that they tried hard and I was just extra, super chuffed when they ran fast, laughed a lot, learnt new things, helped others, showed kindness and won medals. I think they understood...