This was my first bike race, so I was already a little anxious. A few days before the race, I read the information and rules and saw “aerobars allowed” and “drafting allowed” – sounded like a dangerous combination which made me even more nervous!

I decided to take the road bike which I use for commuting, rather than my precious Swift Carbon N-gen which I usually use for triathlon races, for a few reasons:

4.     I had just noticed that one of the back brake pads was missing from the N-gen!

The day before the race my husband and my mum joined me for a 3km sea swim about 15km from home on the east coast of Singapore. The water was a little bit choppy which made it more fun than the usual flat-as-a-pancake sea. We all had a good swim – it was timed, but not a race – then hubby and Mum caught a taxi to take the children to gymnastics and I did my ‘long slow distance’ (LSD) run directly to the gym to meet them for a breakfast well deserved by all!

On my way from the swim to breakfast I saw a few friends from Team Journey Fitness running in the park for the second qualifying round of the “Run for Cover” charity event. A few kilometres further I saw a colleague, Neil, running towards me – we did a sweaty high-five.

After lunch, while the boys were napping, despite really wanting to nap (or prepare my bike for the next day, or just procrastinate), I went to Yoga class. Yoga classes with Lisa at Gym n Tonic are not your average “stretch and relax” kind of class, but they certainly perk you up. These classes are also amazing for core strength and flexibility which is perfectly complementary for triathlon and other endurance training! As usual, it was a great session and I didn’t regret not going to bed.

The rest of the afternoon was spent playing lego, trains and bouncing on the trampoline. After dinner, bath and bedtime stories, I checked the air in my red Maxxis detonator tires, packed my bag, made up some drinks, got out my clothes for the morning and went to bed.

The morning of the race I was up early, had a very light breakfast and, with my bag and three bottles of elete electrolytes enriched water, I jumped on my bike and cycled a steady, uneventful 20km to the start line of the race.

Still nervous, I hung around the start line chatting to a few other women, including a super fast swimmer, Jacqui who I had seen at the swim the day before. There were a few people with aerobars, but most were on road bikes, which was reassuring.

I started near to the front, just behind Kath (who was super stressed because she’d got a puncture on the way to the race and then problems with the new valve extender – and had then ended up borrowing a wheel from a team mate). We went off really quite steady. The first time I had to actually work a bit was off of the first u-turn at 5km. The race was 60km: five laps of 10km on a straight road, so there was a u-turn every 5km… 11 u-turns in total. The first one (at 5, 15, 25 etc) was fairly wide, and although, of course, we had to slow down a lot it was much better than the other u-turn (at 10, 20, 30km etc) which was so narrow that some people were even unclipping to ‘scoot’ round and there were many crashes even at such a slow speed – two of them right in front of me.

At about 15km a huge pack including the leaders of the 80km race came past us and we were sort of absorbed into it and the pace increased. It was pretty cool, a huge peloton going at 40-45kmph, nobody talking, just this eerie humming noise – I was enjoying this bike race malarkey! The peloton was much bigger now and I had slid further towards the back, which meant that after each u-turn I had to sprint to catch up. In hindsight, I should have just moved further towards the front of the group, but I didn’t think of that at the time… I’ll know for next time!

At kilometre 30 (the sixth u-turn), my legs had had enough of sprinting and I dropped off of the back of the lead pack. I pedalled the next 6-7 km on my own and then met with Ruth Stubbs, “Why did you get dropped?” she asked… “… ermmm because I have tired legs…?” I didn’t really know what else to say! Perhaps the answer should have been, “… because I did a long sea-swim and a long run yesterday and then cycled all the way here this morning…?” Any number of reasons, but I was no longer in the pack and her company (and encouragement) was very welcome! We helped each other and tagged onto a few other smaller packs until the end of the race. Ruth won first place in the vet category, coming in a couple of seconds after me.

At the end, we had another chat about indoor training, the crashes we had witness during the race, people we had expected to see but who had not been there and about how much stronger the women’s field was getting: The winning women’s time from last year was 12 minutes slower and would have only placed 11th in this year’s race!!

Jacqui had crashed during the second half of the race, and had the scrapes and blood on her legs to prove it, but still came in fifth! For someone who claims to be “more of a runner” and can swim faster than most of the pros, she’s an incredibly fast cyclist too!

The ‘Boardman Boys’ from Integrated Riding did well with at least two in the top ten of the open category. 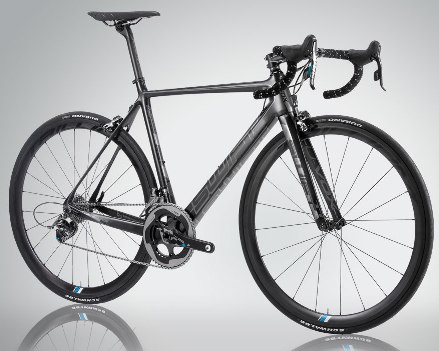 A slow cycle home took a bit longer than on the way there. I thought about the race, how I had perhaps not prepared very well, perhaps could have pushed harder (Mio alpha said my average heart rate was 168, only just into my steady zone) and could have positioned myself better… even thinking of investing in a “proper” road bike for racing, instead of using my commuter bike! Maybe one of these babies could be on the cards…

I had enjoyed the race, got away without crashing and definitely learned something. It had been a great training session and I’ll do better in my next bike race!