Most parents have some ambition for their children, something they’d like them to be, or something they’d like them to be good at. Many of us consciously encourage them to learn new things and get better at the skills they have already. Some of us, some of the time might push our children to learn faster. We must be careful to maintain a balance – for the present and future health and happiness of our children.  If we push too hard, it can backfire and instead of helping our child to the top of the class or into the A-squad, we make them tired and stressed with lower self-esteem and more likely to grow up as followers than leaders.

The hurry to move onwards and upwards

Inevitably at some point in their life, a child will be the youngest/slowest/least experienced in their peer group – whether it is academic or sporting, which means they have to work a little more or try a little harder to catch up. Playing catch up and learning from others is fine, beneficial even as it can promote drive and ambition and create valuable learning opportunities.  However, in perpetuity, when this becomes the norm, the child will be very likely to begin to see themselves as being always the worst or the weakest. It gets them used to being in a position of weakness, subordinate, following others and that becomes a default setting for them. If a person sees themselves as strong, weak, popular, sporty, lazy, this self-image can very often be self-fulfilling.

I think it is very healthy to leave children as the best/fastest/most experienced in the class for a while before moving them up to “challenge” them again. It means they get to be the one demonstrating new tasks, they will know what it feels like to be the best, learn how to win, and learn how to lead and coach others.

Knowing how to win can be very desirable later on in life. One of the most successful, intelligent people I have ever had the privilege to be professionally close to told me that when hiring, they look for people who “know how to win”, and the character traits that go with this, such as determination, staying power and focus, can compensate or even be more important than any specific work experience or specialised skill.

Instead of letting children learn in their own time, we push them to develop faster, thinking that we are helping them to accelerate for their benefit – an unintended consequence is that they end up copying you more often than discovering by themselves. You are showing them how to copy, be led, to always be supported or hand-held…. rather than how to be creative and letting them learn “how to learn”.

We can still participate and guide them but, take one step back. For example when guiding children to learn to draw shapes, draw the shape, then give them the pen. Encourage them to copy it, “What shape is that? Can you draw it?” Then sit on your hands and let them take as many attempts as they need – do not hold their hand or wrist and draw it for them. This way they can decide if they want to try and if they do, they get to feel the pen in their hand, how it sits, the muscles they need to engage to move in each certain way. This is active learning, less guided and far more effective in the long term. If they are not interested… never mind, perhaps they will be another day.

All work and no play makes Jack a dull boy… Play is a child’s work. It is important. Research shows that 75 percent of brain development occurs after birth. Play helps with that development by stimulating the brain through the formation of connections between nerve cells. This process helps with the development of fine and gross motor skills. Fine motor skills are actions such as being able to hold a crayon or pencil. Gross motor skills are actions such as jumping or running. Play also helps your child to develop language and socialisation skills.[1] Communication and problem solving are vital for leaders in any walk of life.

… but not just any kind of play

Not all play is created equal. Highly scheduled children with adult-supervised “enrichment” packed days have less time for free play and therefore miss out on the protective benefits of free play against pressure, stress and anxiety. Many highly scheduled children thrive, but I think we would be foolish to not consider the linkage between a hurried, stressful childhood and the rise in childhood and adolescent depression.[2] Play is vital – and although there is a place for structured, adult-supervised play, I’m talking about child-driven, creative, free play. It is through free play - being left to their own devices, swapping and trading (and fighting) to get the toys they want, building their own dens, making (and breaking) alliances and inventing games - that children learn a host of social and leadership skills such as how to work collaboratively, to share, to negotiate, to resolve conflicts, self-advocacy,  and creativity.

The value of sleep

When children’s lives are highly scheduled, sometimes they need to wake up earlier than they would naturally to make it to class on time, and go to bed later than ideal because they are doing activities in the evenings. The result is that they don’t quite have enough time to sleep for as long as they need. Even as adults, sleep is important for health, mood, productivity and many other things. For children, it is absolutely essential, not only for everyday functioning but also for longer term development. Longer habitual sleep duration in healthy school-age participants is associated with better performance on measures of perceptual reasoning and overall IQ[3], but longer term, research has shown that while young children are sleeping the brain builds and strengthens connections between the left and right hemispheres of their cerebrum, via the splenium[4]. 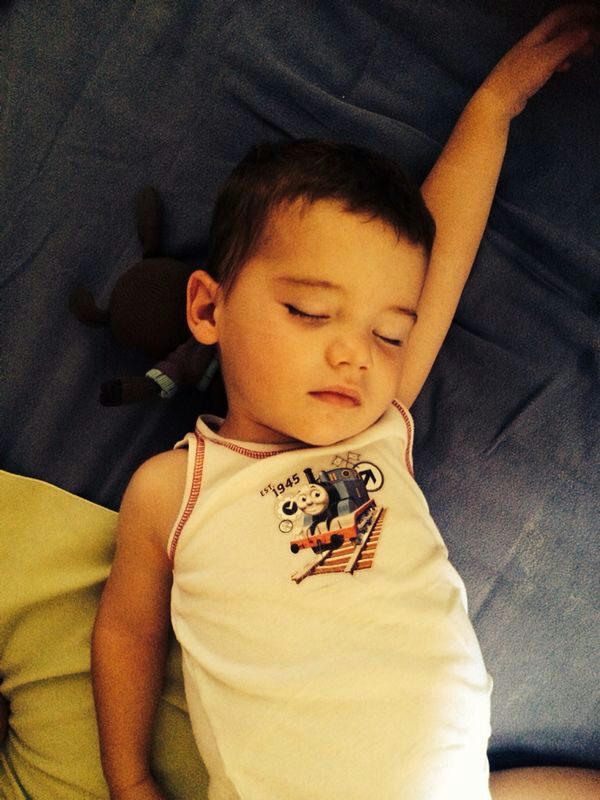 A study from October 2013 linked Albert Einstein’s genius to well connected brain hemispheres[5]. Having these connections made during sleep is absolutely key to having a well functioning brain as an adult and has been shown to benefit learning, memory and creativity. Salome Kurth found that the strength of connections between the two hemispheres in children’s brains increased by up to 20% during the course of a night’s sleep. Conversely, there is also research showing links between chronic lack of sleep, weak inter-hemisphere linkages and conditions such as Asperger’s and ADHD.

There is no downside to children getting enough sleep, the upside could be significant and the risks associated with sleep deprivation are frightening. Our children go to bed early and wake up naturally once they have had sufficient shut eye. Perhaps that will change as they get older and inevitably their lives become more “scheduled” but we will still try to monitor and provide enough time for them to sleep well.

Observe and listen to encourage instead of push

Of course we should encourage our children to discover new things, to learn and to stretch themselves. However, there is a fine line between encouragement and pushing too hard. If we listen to our children and carefully observe, we can offer encouragement to help them excel at what they love to do, rather than pushing them to learn/train at what we think would be good for them. This should lead to happier children who enjoy their activities far more.

Another very effective way of encouraging children is to lead by example; if they see us doing focused practice or training, eating healthily, etc. and we explain the benefits to them, rather than telling them they should do it (or worse, forcing them to do it) without explaining why (or even telling them to do one thing when we do something completely different!) then they are more likely to want to do the things we show them.

I want my children to be successful. I want them to climb to the top of the tree, but I realise that while they are learning to climb up the tree there is always a risk that they might fall – they need to know this too. I find it more difficult to keep my distance, watching and occasionally congratulating them on making it higher than they did previously, than to stand under the tree, ready to catch them if they fall and repeatedly telling them to “be careful”. It’s hard not to rescue them too early, it is easy to coddle and rave too easily, but it is important to let them experience risk. 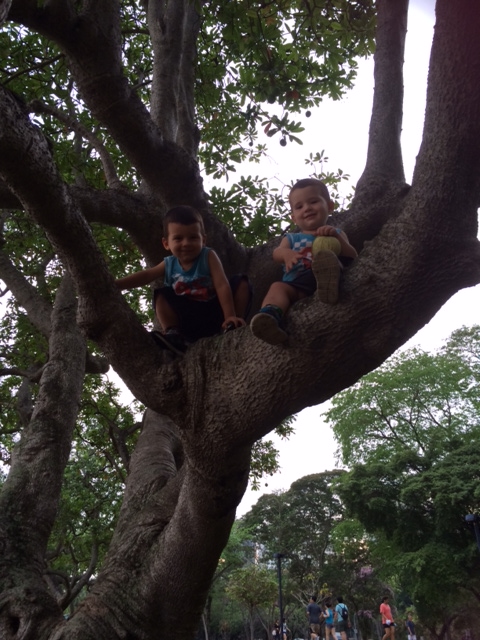 If they fall out (they aren’t capable of climbing very high on their own yet) on to grass, they might get bruised or even break a bone. That’s not the end of the world. I think it’s good for them (this may sound terrible) to fall and hurt themselves sometimes. Giving children the space to grow and learning that there are consequences to taking risks is real world learning - sometimes you get to the top of the tree, sometimes you experience the thrill of riding a bicycle by yourself, but sometimes you fall out of the tree or off of your bike and it hurts. That’s how the real world works.

I think it is really important to learn how to fall. When coaches teach roller-skating and ice-skating, the first thing they teach is “how to fall” - it really is the most important thing… I think it’s a bit like showing children that it is alright to have your head underwater. You can’t breathe, it could be really dangerous, but don’t panic and it’ll be totally fine.

That said, when my son rides his bike on the pavement, I am always right next to him, between him and the cars on the road – not even for a split second does my attention lapse…. Something horrendous really could happen there if I let him loose and didn’t rescue him in time. If he’s in the park, he’s on his own though (well, maybe a whole 5 metres away)… skinned knees never hurt anyone permanently.

It is hard to watch them learning slowly, may be slower than other children their age, without interjecting and “doing something about it”, be that private tuition, sweet treats as encouragement or anything else to try and get them to progress faster than their own pace. To find that small space where encouragement makes children feel their achievements are valuable is a tight rope walk: neither gushing congratulations for each tiny step nor constantly pushing for higher, faster and better.

Parenting tight-rope walk… no instruction manual, no rehearsals, not easy.