Homepage > Trifactor Bike - One of the few cycle races in Singapore

Trifactor Bike - One of the few cycle races in Singapore

This year the Trifactor Bike race was a bit stricter about what type of bikes were allowed, which was comforting. No TT bikes, no aerobars and only standard road bikes allowed for the longer distance races. Much more sensible that last year!

The route too, was better than last year. Instead of straight, flat up and down the Changi straight with a u-turn at each end, it was a nearer to town on a circuit that had a couple of small hills.

The race was supposed to be in May but had to be postponed at the last minute because there was a problem with closing the roads. This was surprising because at the same time that the authorities were making life difficult for the organisers of this race, the SEA Games preparations, including road closures, rolled on, seemingly problem free. It's a shame too because there are very few cycle races in Singapore, despite there being a huge, fast growing cycling community. Most cyclists who live in Singapore do more races abroad than in Singapore, especially on the neighbouring Indonesian islands of Bintan and Batam. I wonder if the beaurocracy around (and probably cost of) closing roads in Singapore is what makes it so unusual to have races 'at home'.

I got up early, excited for my first race with my fancy orange racing tires! The race was a short cycle from my house and as I got close I could see the lihts and hear the hum of pelotons at speed! 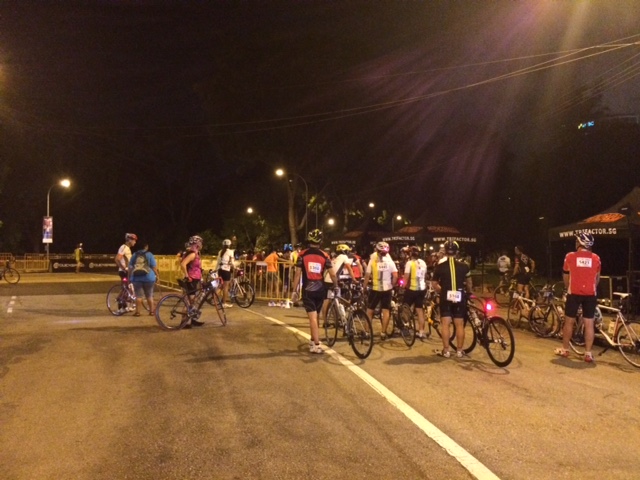 Near to the start, after refilling my bottles I spotted another Swift Carbon bike - a black coloured Attack. I asked the owner, Eileen, if I could take a photo of our bikes together. None of my team mates were doing this race, so I started near to the front, on my own.

The starting horn sounded and we raced off. At the end of the first lap, I checked the time (as a sanity check for counting my laps) and my heart rate. The course was very nice, not too crowded, fast enough and with a good road surface. It was a while before the first peloton came past about half way through my second lap. I tagged on the back of them, as did the other women who had been drafting me.

The race was fairly uneventful, I enjoyed it, saw a few people I knew and ended up third. I had a short chat with jeynelle (who was second) at the finish and with Christina (who had won.... but I hadn't even noticed her on the course!!)

I wanted to get my bike washed at the Karcher stand, but there was a big queue and I also wanted to get home to see the boys who would have been just waking up as i finished the race. I cycled home, had breakfast and played lego for a while then cycleed back to the race with the boys in the trailer for the prize presentation which was scheduled for 9:15am. 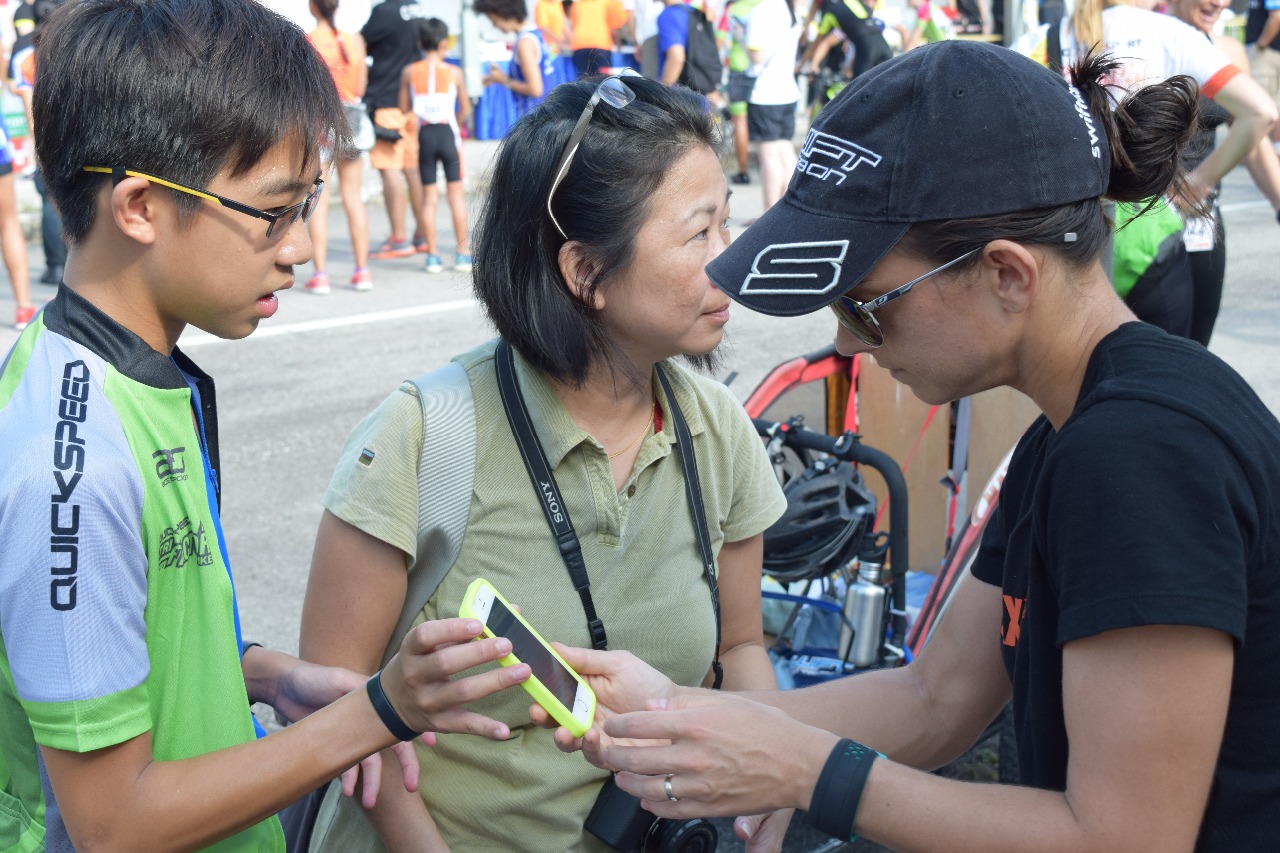 We watched the presentations for the shorter races and for the junior competitions - one of the junior winners had the same name as my son, so we had a quick chat and posed for some photos with him!

We had a bit more time, so hubby took the bikes over to be washed at the Karcher stand. I would never have thought of washing a bike with a pressure washer. As long as you can either adjust the flow or precisely direct the water to avoid damaging any of the more fragile moving parts, it does a great job. Our 'town bikes' were cleaner than they've ever been. They were an unusual sponsor for a bike race, but surprisingly relevant! 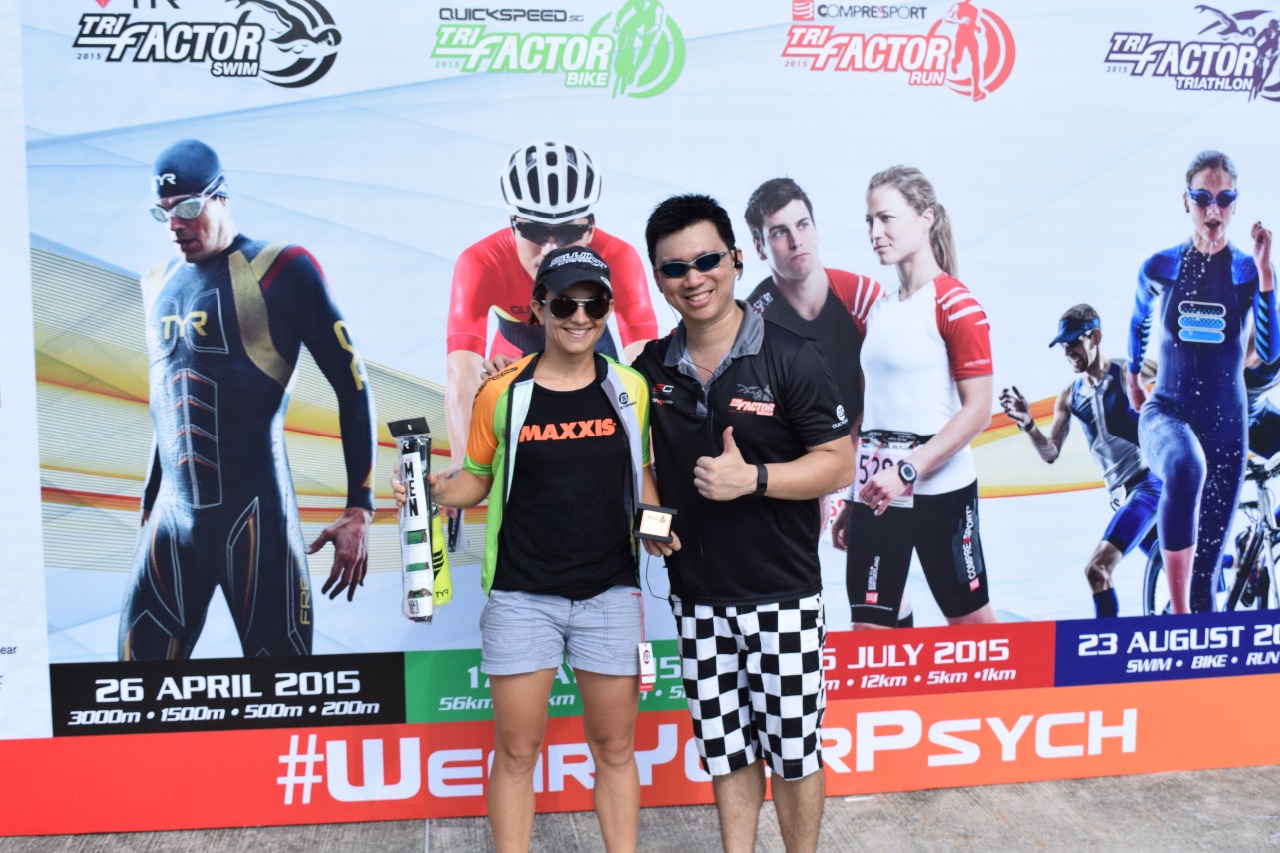 The prize presentation finished and the MC said "goodbye" to everyone. Turns out they had done the presentation for my race earlier because they thought everyone was there and wanted to save them the hassle of hanging around for too long.

So... they did another special, late prize presentation just for me!! So kind :-)

I'll be back next year - expecially if the course is similar again. It was a well organised and very enjoyable race.