I’ve been really enjoying swimming lately. I used to get quite bored, but now I am beginning to find it quite meditative.

I had signed up for the 3km sea swim as part of the Trifactor series of races this year. Usually, Yellowfish (David and the group I train with once a week) send two swimmers for the longer, invitational swim. Unfortunately the swim clashed with a flight for the lady who usually swims with David, so this year he offered the place to me! 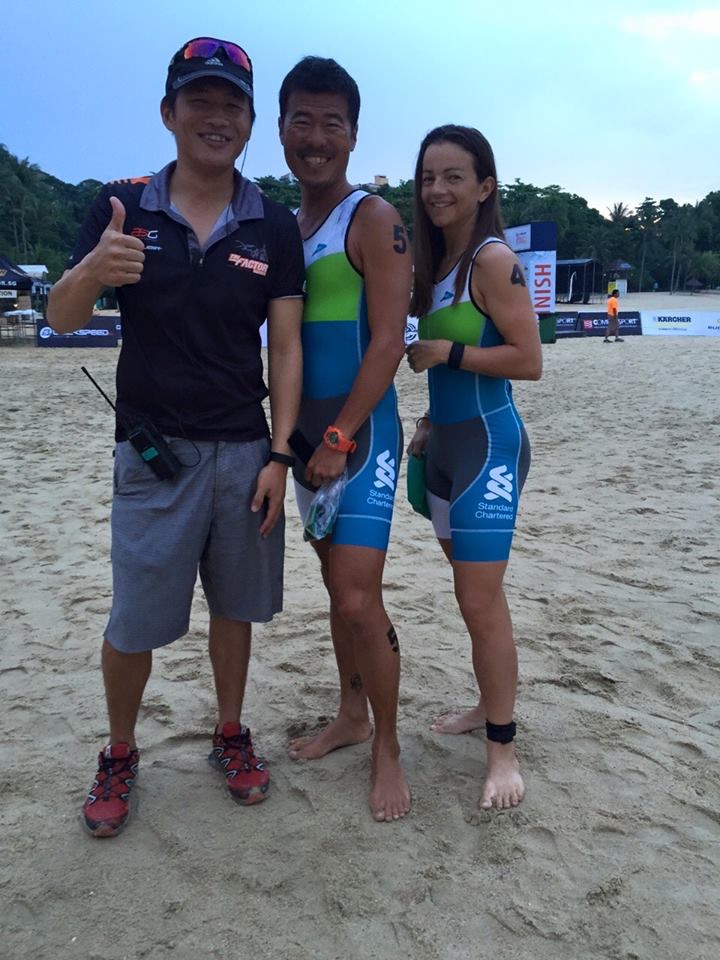 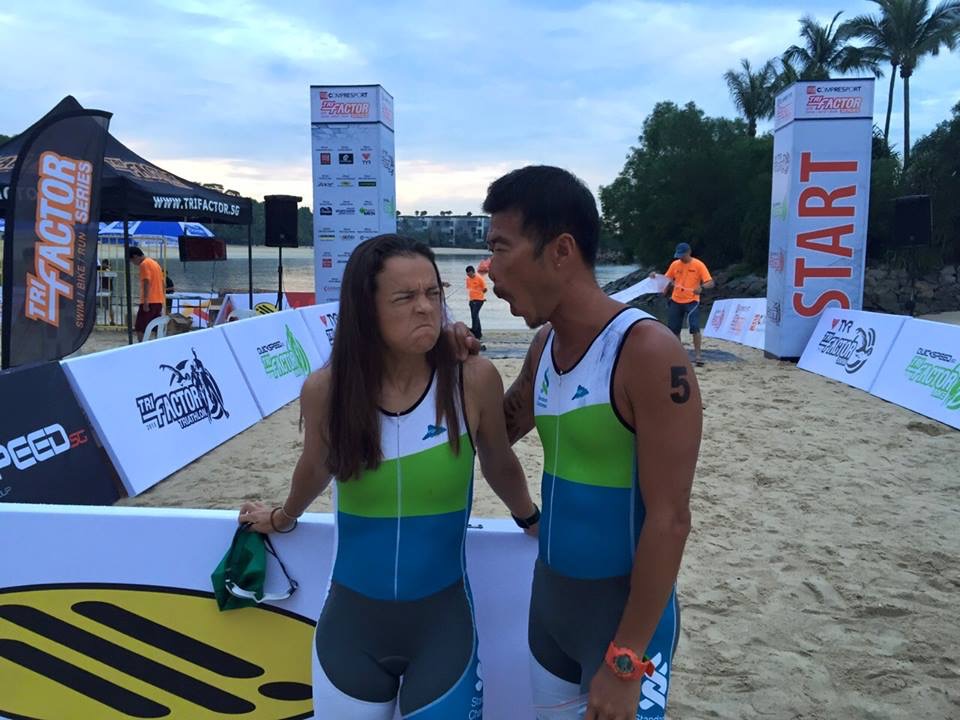 The morning of the race I got up before the rest of the family, ate a light breakfast of watermelon and banana then waited for David and his wife who had very kindly offered to pick me up. We drove to Sentosa in the dark, arriving at the beach just as the sun was coming up. We left everything but what we were wearing for swimming in the car and went for body marking. The atmosphere was great – everyone was excited but relaxed, joking around and greeting friends. 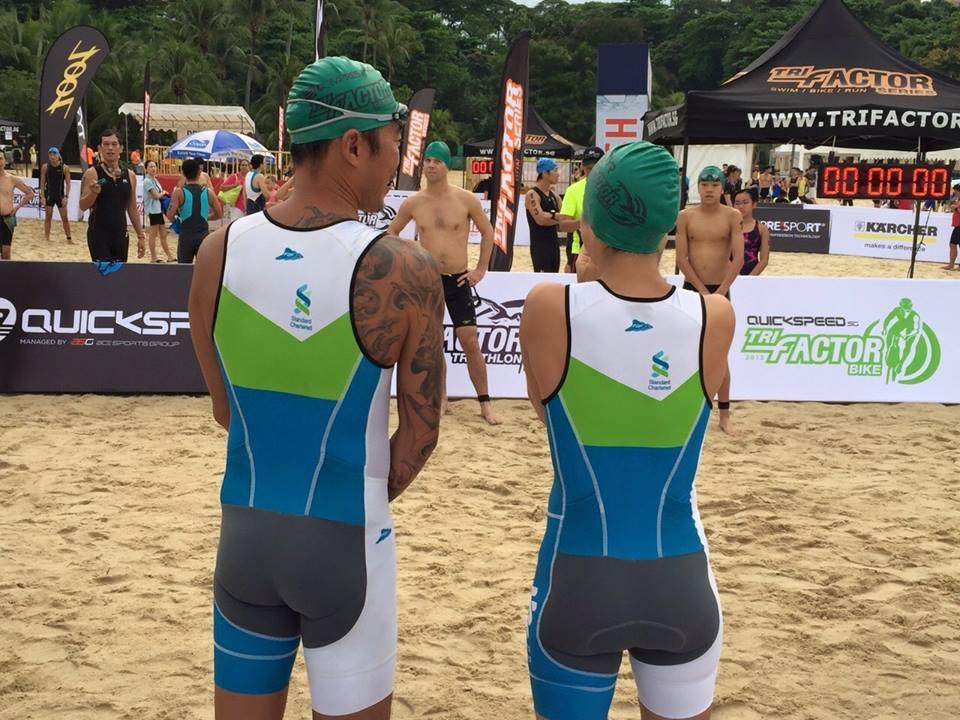 Ben and Jon arrived and put up the Journey Fitness Company flag on the beach near to the drinks tent. Jon would join us for the swim, Ben was there for support!

We chatted and waited around until we were sent off – just five of us – just before 8am. The four guys sprinted down the beach into the water and began to swim at a furious pace! I started as I meant to finish: comfortably, steadily and aerobically, and ignored them swimming off into the distance. The water was warm and calm but the tide was quite low which meant it was even more murky than usual and that we could see (and touch!) a lot of seaweed. 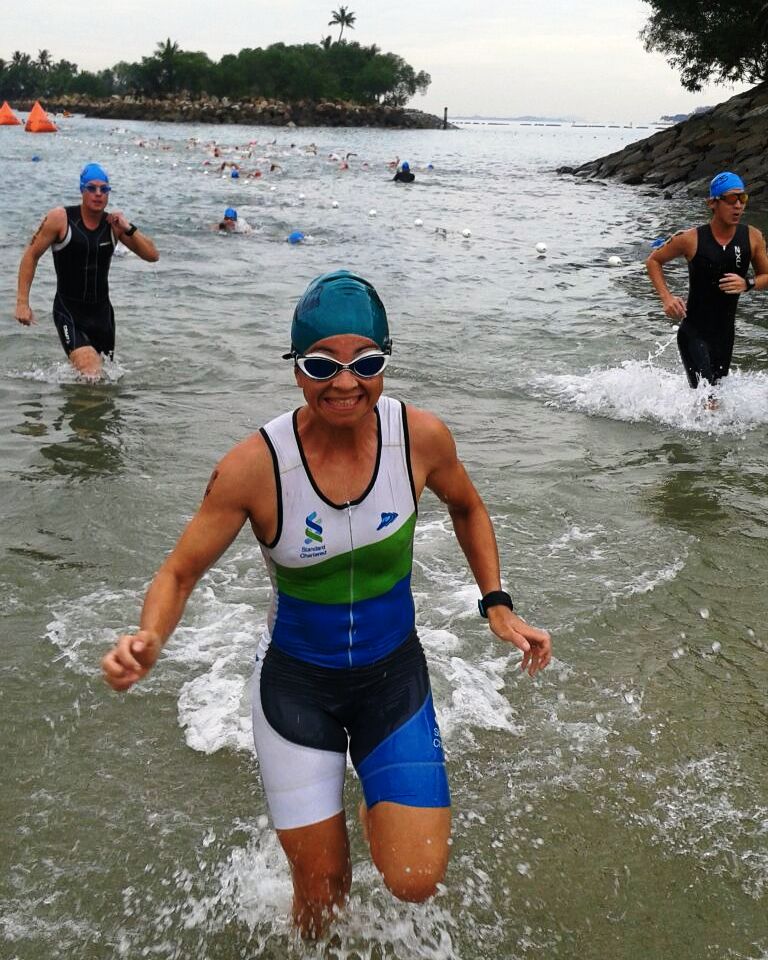 As ours was the first wave to start, there was nobody else in the water for the first two laps. I eased into a rhythm and concentrated on relaxing, gliding and breathing. As I got out of the water at the end of each lap, my mum, husband and children all cheered for me. Following the second lap, each time I ran onto the beach for the next lap, I stopped for a high five, or a kiss! At the end of each lap I also drank a mouthful of water from the aid station.

After the third lap the water was very crowded and I had to concentrate a little more to not crash into people and/ or get kicked! I stayed relaxed and tried to make it into a game… avoiding obstacles on an obstacle course…  I really enjoyed swimming just for swimming, not racing, not even training, just for the fun.

The sixth lap of (“approximately”) 750 metres was finished in no time! I looked for my sons when I got out of the water for the last time, but I could only see the youngest. I picked him up and we ran to the finish gantry together. He was very proud to be presented with the finisher medal. 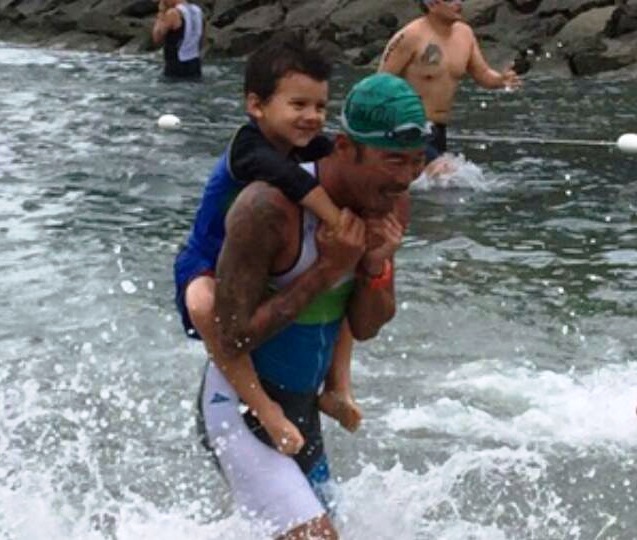 Later I realised that the reason I could not see my eldest son was because he’d already been carried over the finish line by “Uncle David”! 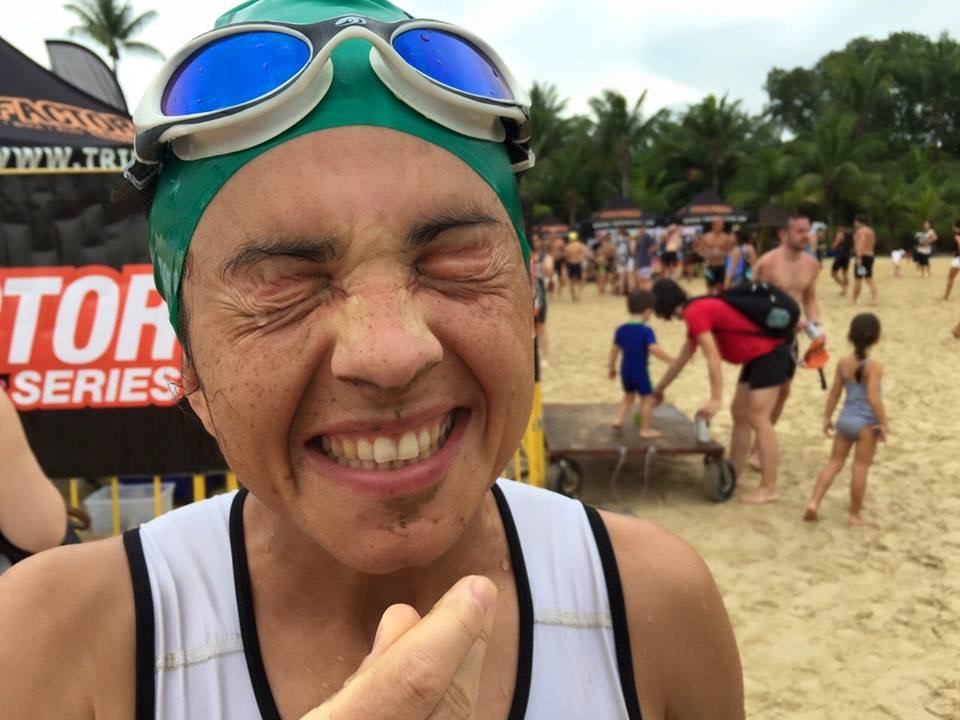 After rinsing the brown-green, sludgy algae off of my face, we played in the sea for a little while and then went over to the beach club for breakfast with David, Jane, Jacqui (who won the 3km, beating all the men as well as the women) and her family.

It was early afternoon before we made it home after a great breakfast, plenty of coffee and lots of playing in the pool at the beach club. 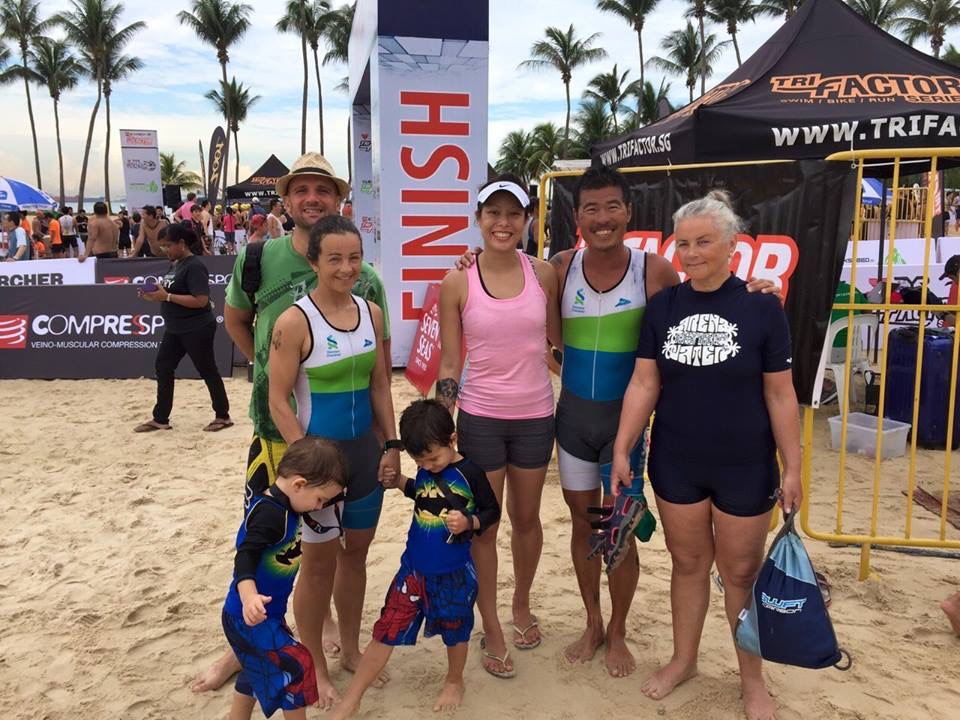 It was a lovely day out, as was the Trifactor swim on Mothers' Day last year. I’ll be back next year, even if it’s low tide and I end up with an ‘algae face’ again.